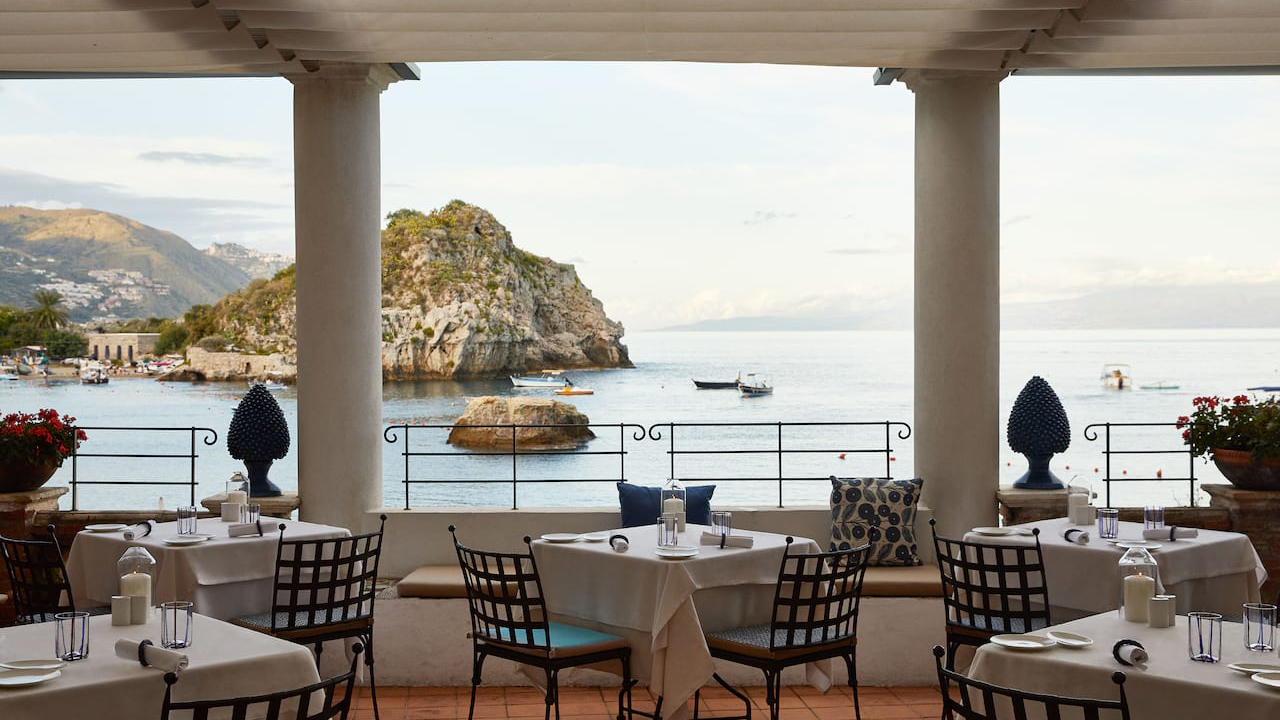 Combine a fascinating trek on Sicily’s majestic volcano with a tasting of exceptional volcanic wines. Villa Sant’Andrea, A Belmond Hotel, Sicily, is offering guests tours of the sprawling wineries located around Mount Etna.

Begin with a guided walk through Etna’s rugged, moonlike landscapes, and leisurely admire Sicily’s unparalleled beauty from a novel perspective. Afterwards, your driver will whizz you off to a boutique winery on the volcano’s lower slopes where you’ll enjoy local delicacies served among sun-splashed vineyards while tasting luscious Etna wines led by an expert vinologist.

Visitors can also opt to take the historical Circumetnea steam train to Mount Etna, winding over the lunar landscape overlooking Villa Sant’Andrea. The Circumetnea is a narrow gauge railroad, opened in 1898, that travels from Catania to Riposto, and offers spectacular scenes of the volcano.

Upon returning to the hotel, revel in the art of the aperitivo. In Italy, this enchanting hour is a time-honoured tradition. At Belmond, bartenders and chefs craft perfectly paired specialities, such as their play on the traditional negroni, the Compare Camillo, or the Sir Manley Spritz, which pays homage to the man who founded Villa Sant’Andrea in 1919. This aromatic spritz celebrates the Sicilian wild fennel liqueur, Giardini d’Amore, and is complemented with lemon juice, celery bitters, and a pop of champagne.

Built by an aristocratic family in 1919 among lush, subtropical gardens, Villa Sant’Andrea enjoys a reputation as one of the most romantic hotels in Taormina, a hilltop town on the east coast of Sicily not far from Mount Etna. A cable car whisks guests to the town center in just three minutes, which features a variety of cultural attractions and a sophisticated shopping scene.

Prices start at $509 per room, per night. Head over to the hotel’s official website to book your stay.