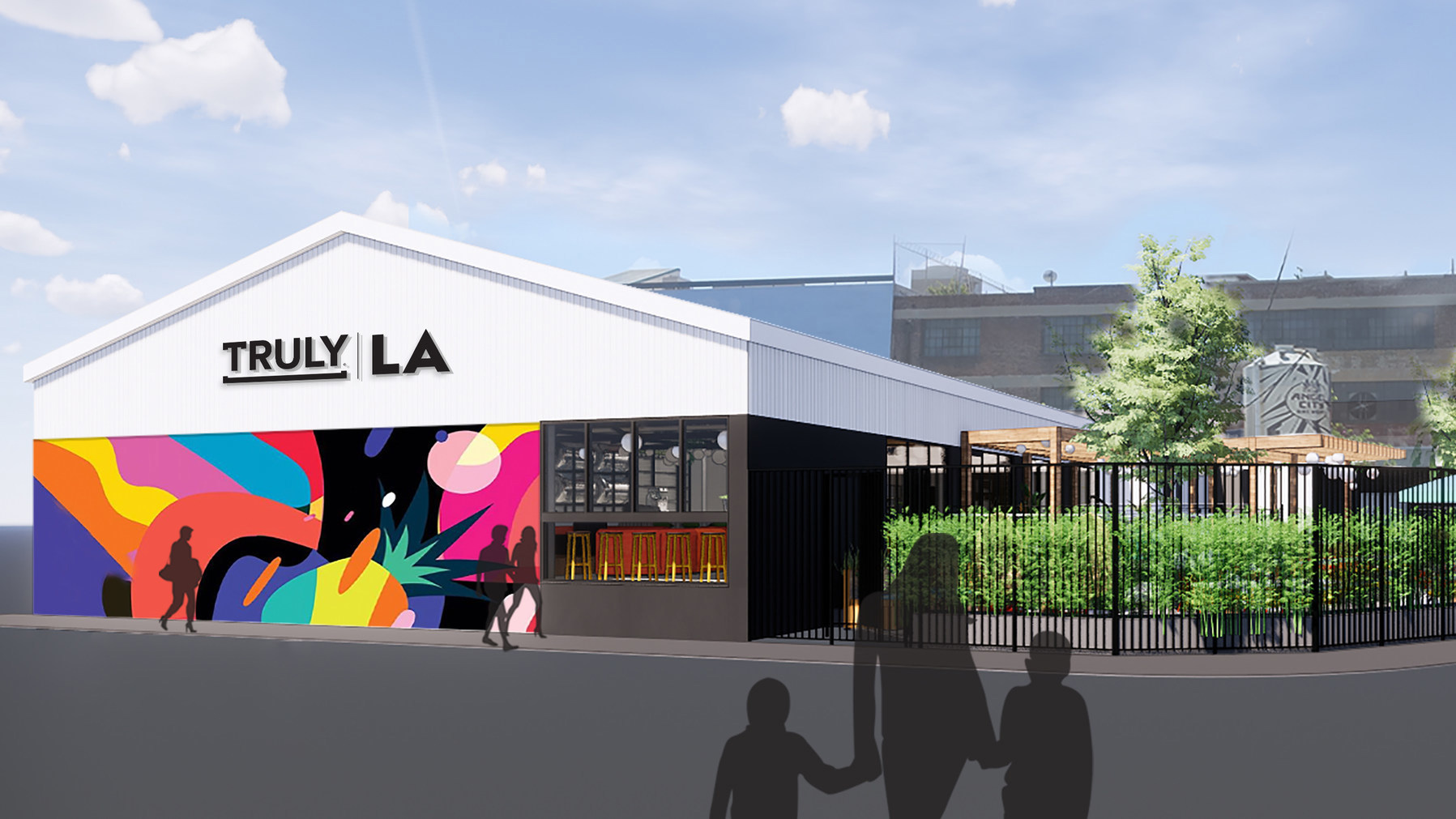 Truly Hard Seltzer has announced its first brick-and-mortar location, Truly LA, will be opening in Downtown Los Angeles. The fully immersive seltzer taproom will offer visitors innovative flavors “that push traditional seltzer boundaries, as well as an exciting menu of light bites,” says the brand. It will also feature live entertainment from up-and-coming musicians, comedians and artists. Truly LA broke ground in August and is slated to open in early 2022.

The 8,000 square foot, 350-person indoor/outdoor taproom has been designed to bring Truly to life in a new way. Whether visitors are tasting exclusive new flavors from one of the 12 taps, sipping on Truly cocktails, enjoying access to limited release merchandise, or indulging in the globally-inspired food menu, Truly LA promises to deliver a unique experience to the City of Angels.

“Our drinkers are all about exploration and discovery, and we want to give them that in unexpected ways,” said Lesya Lysyj, CMO of the Boston Beer Company. “We wanted to do something no one else has done – and that’s how Truly LA was born. At its core, our brand is all about bringing people together and forming genuine connections, and Truly LA is a physical representation of that sentiment.”

Art and creativity is a theme at Truly LA, with local artist-commissioned murals adorning the exterior and a regular calendar of the space. In addition to spotlighting up-and-coming local talent, Truly will also leverage its existing partnership with Live Nation to bring visitors ongoing cultural entertainment in the form of it’s Truly Inspired concert series and comedy shows, which will be livestreamed from the taproom to drinkers around the world. The goal is to push the norm and give guests an experience unlike any other.

Located in the heart of the downtown Los Angeles Arts District, “Truly LA is committed to partnering with like-minded, socially conscious organizations with a strong focus on inclusivity and, upon opening, it will work with partners in the LA community to ensure it’s giving back in an impactful, meaningful way,” says the brand.

Truly LA will be located at 213 Alameda Street in Downtown Los Angeles, CA adjacent to the Angel City Brewery.  For more information, head over to the official website.