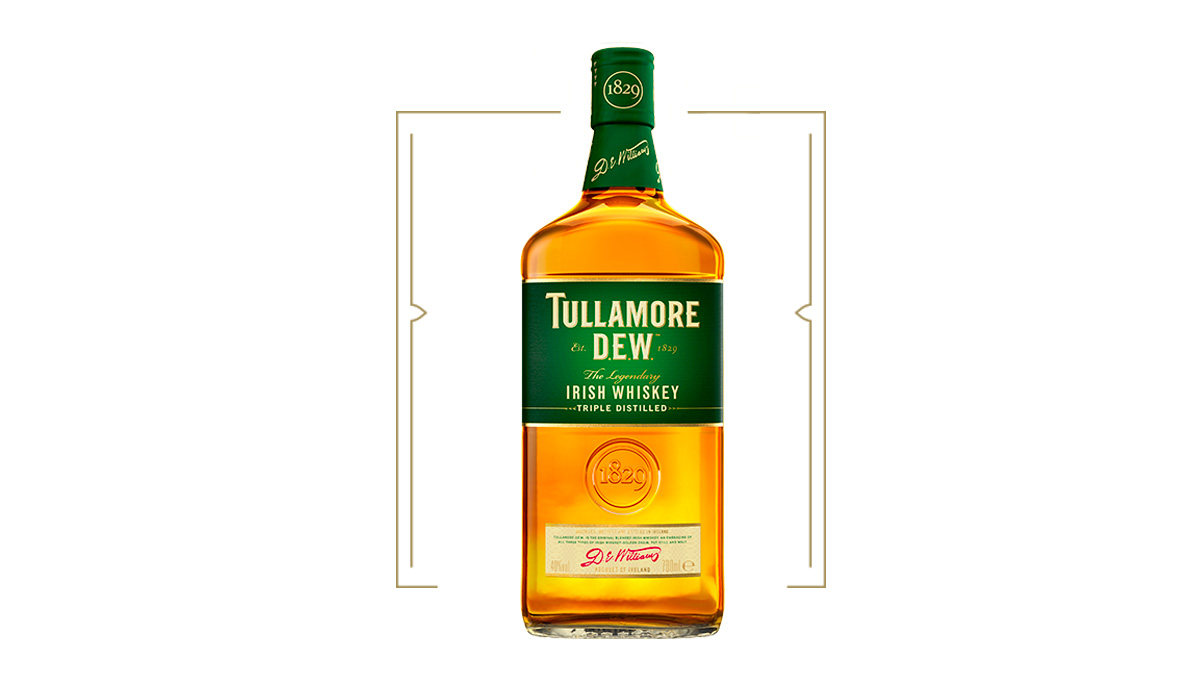 A triple distilled, triple blend of all three types of Irish Whiskey, Tullamore D.E.W. Original Irish Whiskey is the winner of over 35 gold Medals in the last 10 years, and is enjoyed for its smooth finish and versatile, citrus-forward palette that makes it a perfect pick for fruitier cocktails like a classic sour.

Made using single malt, grain, and pot still whiskey, Tullamore D.E.W. is aged in ex-Bourbon and Sherry casks. It comes in at 40% ABV.

The Original has flavors of sweet cereal, barrel spices, and some honeyed nuts. It has a smoothness to it and is not overly oily, bitter or sweet, but it has a “brassy quality to it”.  It isn’t necessarily one you’d be slowly sipping, but it works well as a shot or a mixer.

You can sip Original Tullamore D.E.W. neat or on the rocks, but it is also great for shooting or used in a cocktail. If you’re looking to mix something up, the distillery recommends an O’Sherry:

Add all the ingredients to a mixing glass. Fill with ice and stir until chilled. Strain into a coupe glass, express lemon oils and garnish with raisins and mint.

Tullamore D.E.W. was born in the heart of Ireland in 1829. The initials, D.E.W., are those of Mr. Daniel E. Williams, who worked for the company in the late 1880’s. He began shoveling barley and ultimately became Distillery Manager and then company owner. He introduced electricity and motorized vehicles to Tullamore and stamped his initials on the bottles to show their quality. The practice remains today. Tullamore D.E.W. says that Mr. Williams was “the man who decided that true craft could only come from the True Character and insisted that his Whiskey was made accordingly.”