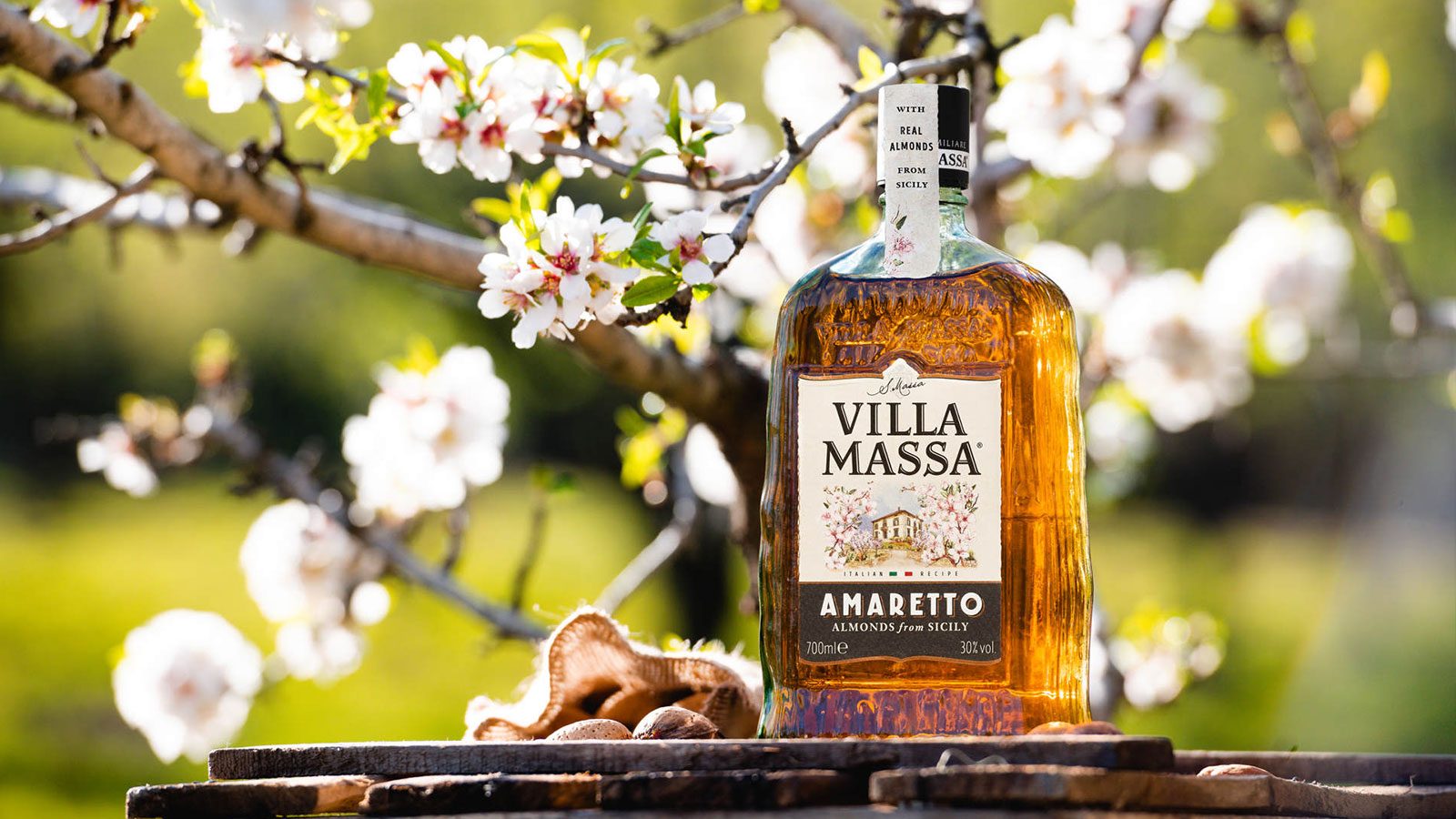 Villa Massa has launched an Amaretto liqueur. The Zamora Company-owned brand’s new almond liqueur doubles the size of the range, which previously only made a Limoncello.

Villa Massa Amaretto is made with high-quality almonds from Sicily, Italy, which have an intense taste and flavor due to warm temperatures and fertile volcanic oil. The almond fusion is obtained by maceration in water and alcohol and then the liqueur is carefully filtered.

“At Villa Massa we use only the best natural ingredients from Italy, and use traditional methods to capitalise on the premium quality flavours and aromas that they offer,” said Julian Fernandez, global marketing and innovation director for spirits at Zamora Company.

“Sicilian almonds are characterised by their thick, woody shell – it’s nature’s packaging and protects the almond from the outside, in turn preserving the intense flavour and aroma of the fruit inside, which you can appreciate in our Villa Massa Amaretto.”

On the nose, Villa Massa Amaretto offers aromas of almonds with a hint of intense yet pleasant bitterness, which reminds some people of marzipan. The palate is deliciously sweet and smooth, characterised by its appetising aroma with marzipan nuances. The intense, lingering aftertaste of almonds ends on the palate with hints of vanilla, cherries and cocoa.

In June, Zamora Company-owned Licor 43 joined the canned cocktail/RTD conversation with the release of Cocktail 43 Fresco. The effervescent liqueur and fruit juice combinations come in two flavors, lemon and berry, and first appeared in the Netherlands, before expanding to other markets.

Last month, Martin Miller’s launched Winterful Gin. The limited edition, seasonal expression from the Zamora Company-owned brand is made with cinnamon and orange peel and inspired by the ingredients typically used to make mulled wine in England and Iceland.