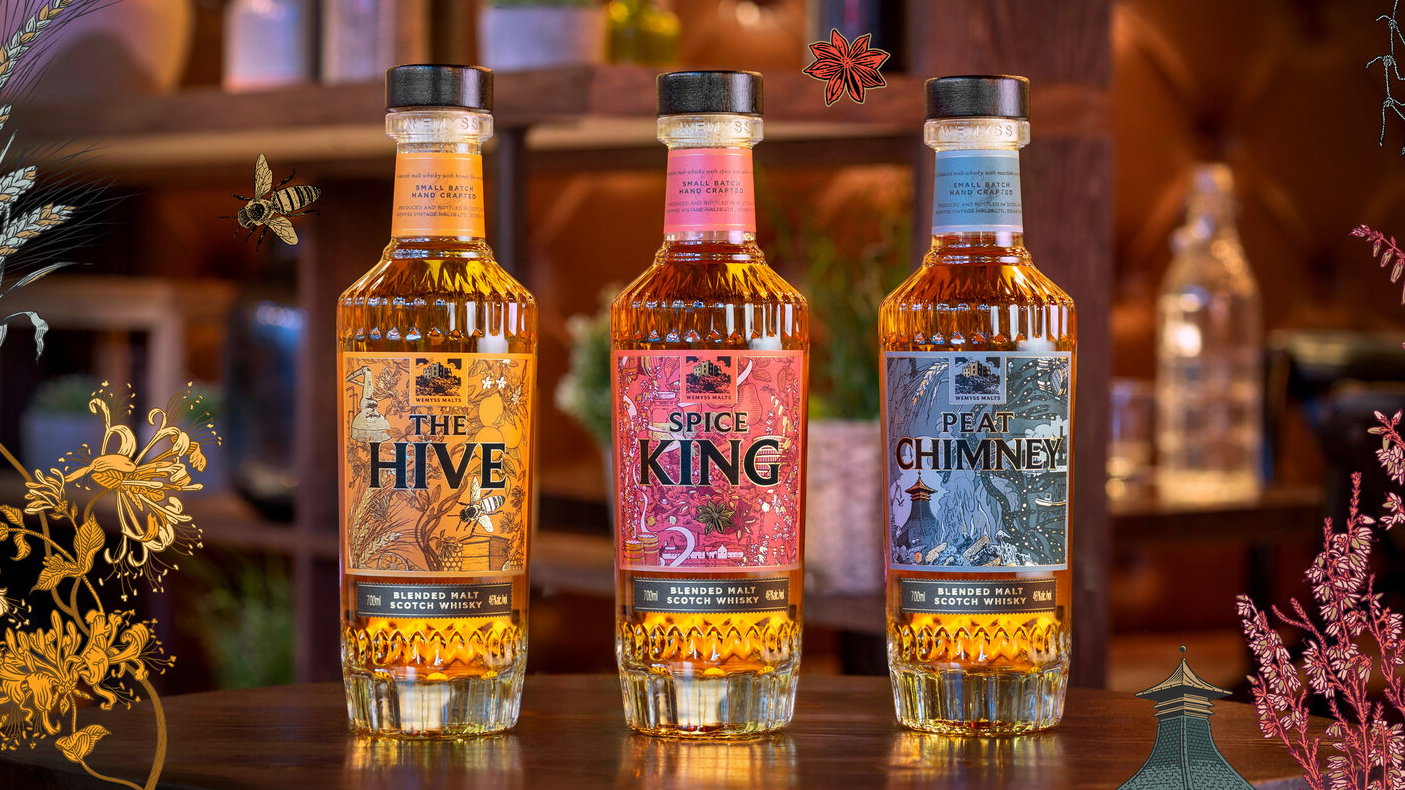 Wemyss Malts has unveiled a new colorful redesign of its flagship Whisky range. The Edinburgh-based brand’s redesign features a blend of colors that were designed to reflect the flavors within each bottle.

The redesign of the Wemyss core range, which consists of The Hive, Spice King, and Peat Chimney was done to match each bottle’s “vibrant taste and vivid personality.” The trio of whiskies look to appeal to different flavor profiles, sweet, spicy or smoky.

“Not all whisky tastes the same and not all whisky drinkers are the same,” said William Wemyss, founder and director of Wemyss Malts. “Scotland offers a wide spectrum of malt whisky with a vast diversity of flavours, and this wealth of variety is celebrated across our newly relaunched core range. We don’t overly focus on the distilleries, regions or complex terminology but prefer instead to concentrate on what’s important; the natural flavours found in each of our malt whiskies.

“The Wemyss Malts Core Range has been carefully crafted and blended from single malts from across Scotland to represent one of the key flavour profiles, giving each a distinct personality. And just like our consumers, our drinks are crafted to suit each personality type whether that is invitingly sweet, complexly spicy or gently smoky.”

The new designs are available to purchase from retailers across the globe for the price of £39.95 ($53 USD) per 700ml bottle. Each expression is bottled at 46% ABV and non-chill-filtered.

Back in July, Wemyss Peat Chimney was awarded a Chairman’s Trophy for best blended malt Scotch at the 2020 Ultimate Spirits Challenge.

William Wemyss is also the founder and managing director of Kingsbarns Distillery, which last week added Balcomie Whisky to its core range. The new offering from the Fife-based distillery is the first in a series of future releases that will be named after landmarks near the brand’s home.