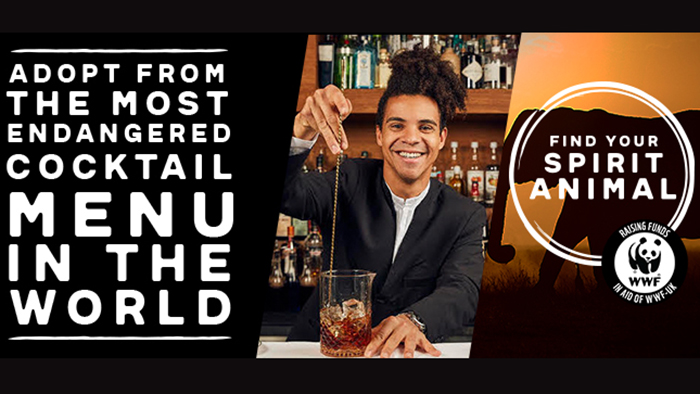 To mark Earth Day on April 22, 17 of the world’s best bartenders have created one-off, wildlife-inspired bottled cocktails for auction, allowing bidders to “Find Their Spirit Animal” and adopt from the “most endangered cocktail menu in the world.”

This year has seen the world’s hospitality industry join the “endangered list” with the pandemic forcing venues around the world to close their doors. This project unites “endangered” bars with the animals that so desperately need our help to thrive – while also providing a one-off cocktail drinking experience for those who win the lots.

The project has been created by Alex Fatho-Bland of Place of the Way and the April auction will be the first in a series of events focusing on the environment and mental health over the coming months.
“Find Your Spirit Animal and adopt from the most endangered cocktail menu in the world” auction will be from April 18 – 27 at Whisky.Auction’s official website. And head over to https://support.wwf.org.uk/adopt-an-animal to donate to WWF and support these endangered animals.