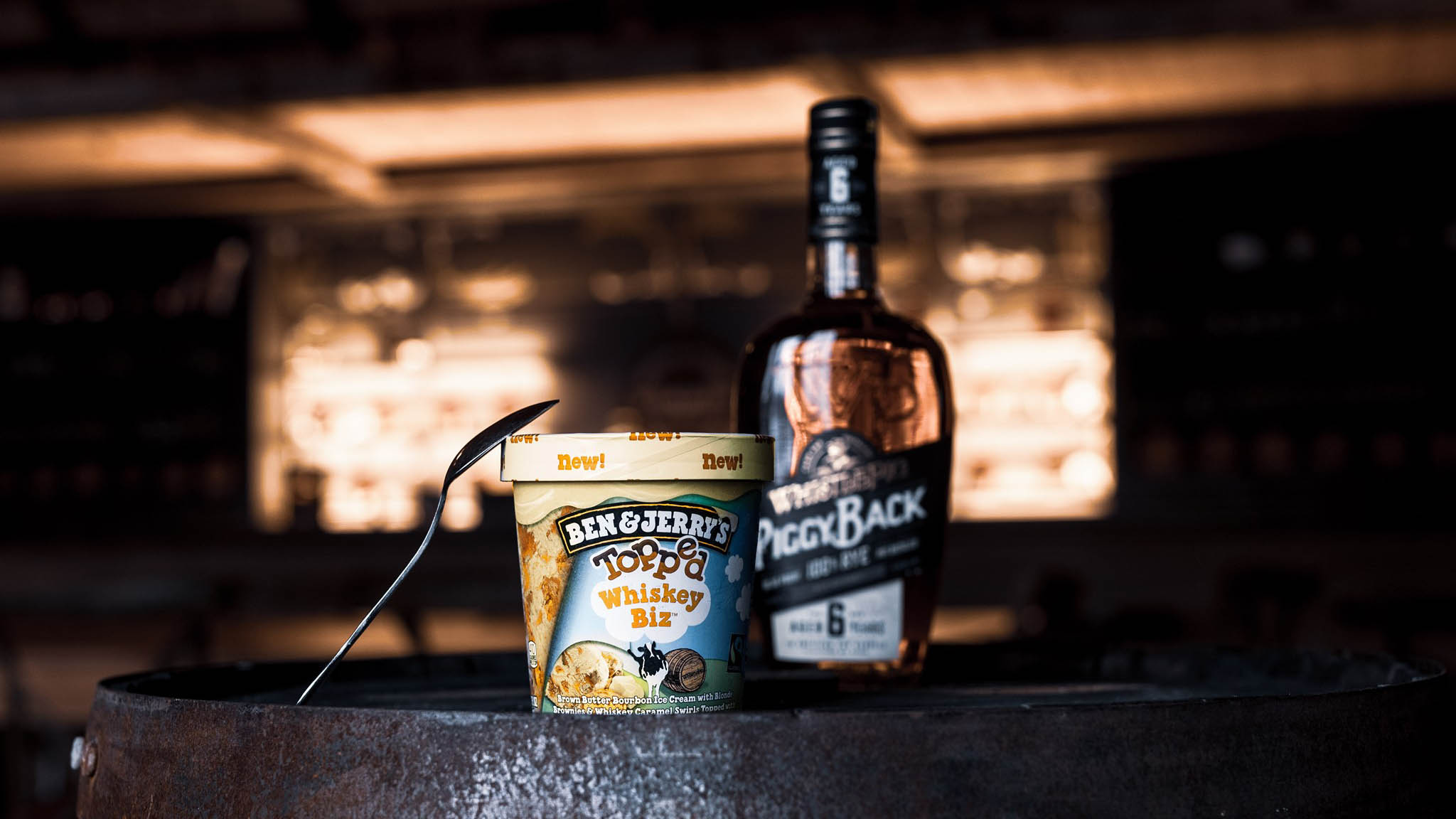 WhistlePig and Ben & Jerry’s have teamed up to launch Whiskey Biz Ice Cream. The new collaboration between the Vermont Whiskey brand and Vermont ice cream company gives fans to enjoy the brands together without having to had to the Green Mountain State (where they are located just down the road from one another).

Ben & Jerry’s launched their new “ice cream innovation,” Topped, at the end of January. Eating the new line of seven flavors is described as “an exercise in personalization and precision,” says the ice cream maker. “Should you scrape off the layer of semi-soft, chocolatey ganache before going any further? Tunnel down and eat the ice cream first? Or get the best of all worlds by removing the lid and eating the flavor vertically with delicious ganache, chunks and ice cream all in one beautifully balanced bite? Whatever method you choose you can’t lose, so go ahead.”

The other six flavors include:

In December, Moët Hennessy established a partnership to exclusively bring WhistlePig to consumers in selected markets in Europe and Asia. As part of this partnership, the LVMH and Diageo-owned drinks company acquired a minority stake in the Vermont-based Rye Whiskey brand.