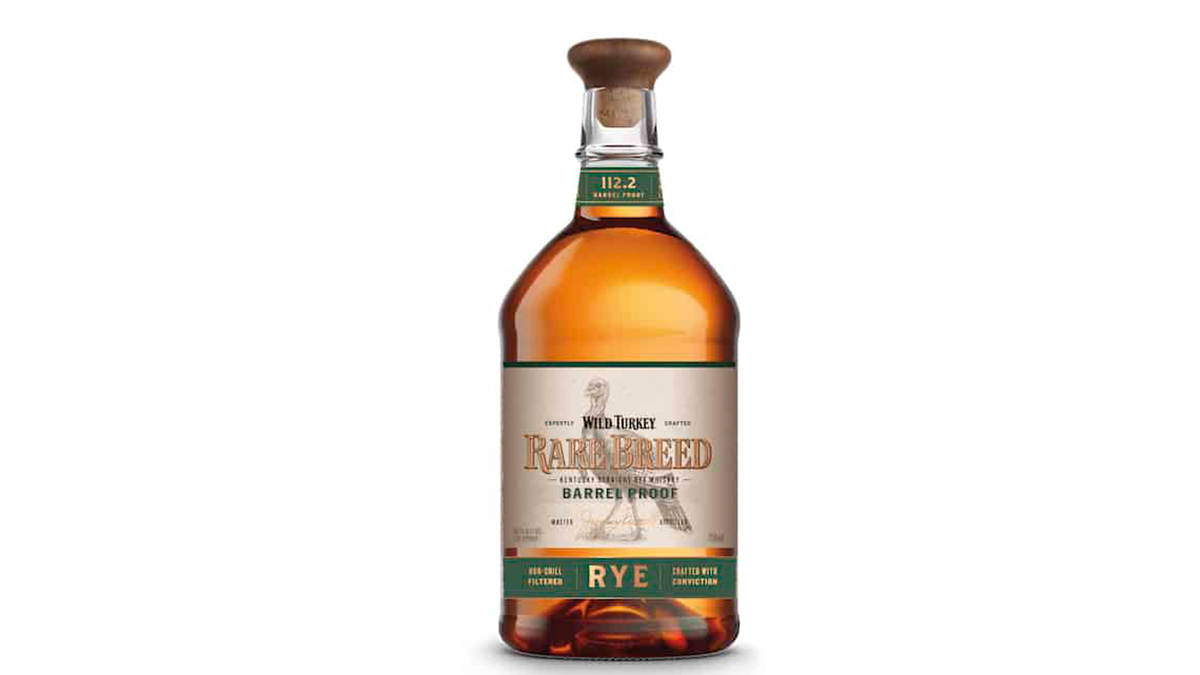 Wild Turkey Rare Breed Rye is a blend of four-, six-, and eight-year old non-chill filtered Rye Whiskeys that is bottled directly from the barrels without adding a single drop of water to cut the proof. Now, the rare rye bird is joining the team permanently.

According to the company’s tasting notes, “sweet caramel apple gives way to complex layers of honey, vanilla, rye grain spice, and charred oak, followed by a smooth finish, where spices mingle with fruit and a pleasant fading warmth.”

The Rare Breed Rye is now the fifth Rye from Wild Turkey, which also makes Wild Turkey Rye, Wild Turkey 101 Rye, Russell’s Reserve 6-Year-Old Rye, and Russell’s Reserve Single Barrel Rye. This seems to be a badge of honor for the brand, who noted that it “was among the very few distilleries dedicated to the ongoing production of rye whiskey” even as “Prohibition and subsequent drinking trends caused the spirit to fall from favor.”

“At a time when rye whiskey is more widely appreciated than ever before,” said Wild Turkey master distiller Eddie Russell in a statement, “Wild Turkey continues our longstanding tradition of offering a wide range of rye whiskies that lend themselves to a variety of cocktails and consumption occasions.

“As a rye aficionado himself, my son Bruce Russell was the catalyst for reminding me of the distillery’s relationship with rye whiskey and the value it plays within our portfolio. It’s with him and other rye fans in mind that we introduce Rare Breed Rye.”