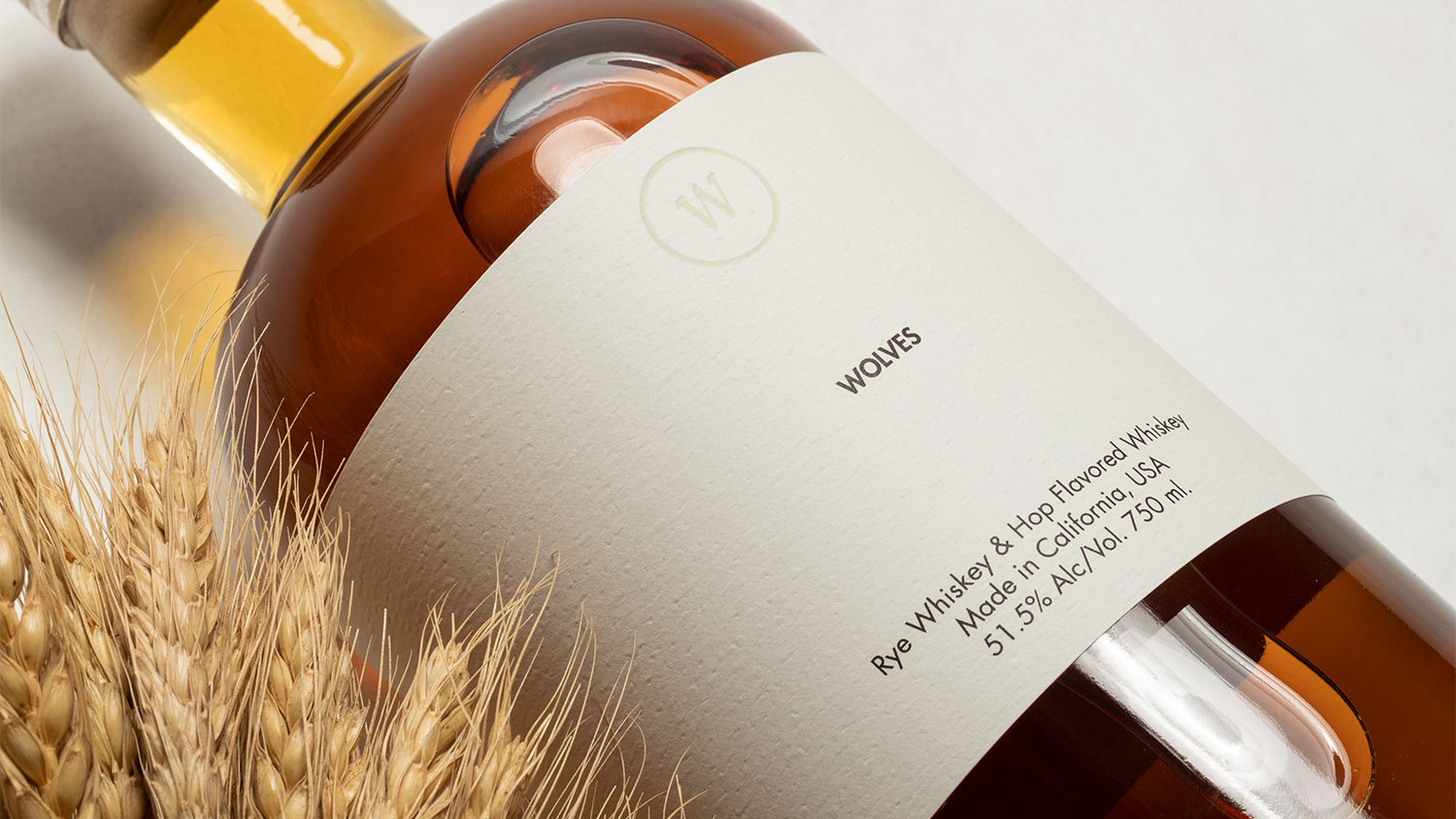 Wolves is releasing a variation of its signature California whiskey blend into select markets for the first time. Previous releases were only available on the Wolves website, and sold out in minutes.

The Wolves signature blend is made mostly from whiskey distilled from craft beer, with the balance of the blend comprised of rye sourced in Indiana and aged in Northern California. The beer whiskeys in this run are distilled from craft Stout beer, aged in used French Oak for 9 years; and from a craft California Pale Ale, aged in used French Oak for 7 years. The two ryes were aged for 7 and 6 years in new American Oak.

Wolves Master Distiller Marko Karakasevic distills these rare California beer whiskeys over a 10-day period, sleeping in four hour shifts so that he alone can make each cut, selecting ‘the heart of hearts’ for double distillation. He does so in a small, slow, alembic Brandy still that was imported to California from Cognac, France in 1983. Coming off the Brandy still, these beer distillates have massive body, viscosity, and take oak exceptionally well.

“It’s amazing that the whiskeys Marko has been making from beer for decades have not reached a wider audience,” oted Wolves CEO and Master Blender, Jeremy Joseph. “The body and quality of these whiskeys is on par with the best spirits in the world.”

No flavoring has been added to the whiskey. However, the TTB requires the “Hop Flavored” designation because the whiskey was distilled from a refined starting product (bottle-ready beer) rather than a grain mash.

“This Rye-forward expression exudes the vanilla, hops, chocolate, and citrus that the signature blend is known for. We are honored to help share what Marko started long ago,” said co-founder Jon Buscemi. “I’m glad Wolves can help push the limits of how whiskey is traditionally done.”

The card stock labels were made in collaboration with a local California wine label maker.

This release of Wolves is limited to 1979 6-pack cases and will be available in select retail in October. To sign up for allocation head over to the brand’s official website.

Back in November, Wolves teamed up with Willett Distillery to create The Rye Project, Volume One.