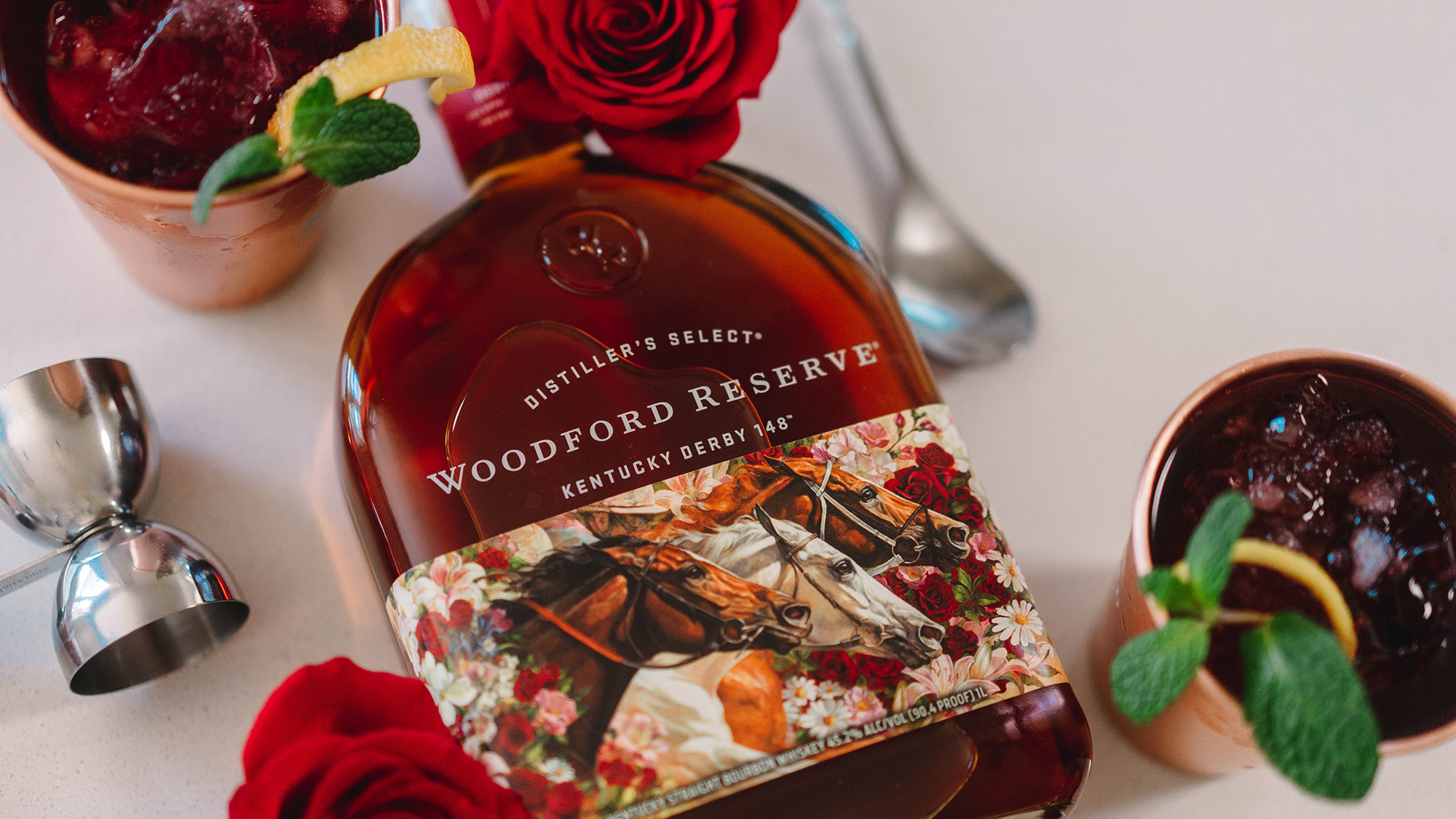 Woodford Reserve has unveiled its 2022 commemorative Derby bottle. As the Presenting Sponsor of the Kentucky Derby, the brand honors “The Greatest Two Minutes in Sports” each year with the release of a special bottle of bourbon.

“The attention to detail in Jaime’s artwork is remarkable – and so realistic,” Woodford Reserve Master Distiller Chris Morris said. “This year’s bottle celebrating the 148th Kentucky Derby will make a gorgeous addition to anyone’s bar.

Woodford Reserve also announced that it has partnered with retailer Williams Sonoma to help bring a favorite Derby cocktail to parties nationwide. The Woodford Spire was introduced at the track in 2018 – and it quickly became a favorite.

As part of Woodford Reserve and Williams-Sonoma’s partnership, the Woodford Spire joins the line of co-branded cocktails mixers for sale nationwide that includes the Mint Julep and Whiskey Sour. Made with cranberry and lemon, the Woodford Spire is an official cocktail of the Kentucky Derby.

“The Woodford Spire is a staple for any Kentucky Derby celebration, and this year, Williams-Sonoma is making it easier than ever to make this delicious cocktail,” said Assistant Master Distiller Elizabeth McCall.

The Woodford Spire 16-fluid-ounce bottle will soon be available on Williams Sonoma’s official website and retail stores. The one-liter Derby bottles of Woodford Reserve Bourbon are on sale across the United States and the globe with a retail price of $49.99. It is available for pre-sale starting March 1 on ReserveBar.

Corum’s portraiture captures the conformation and spirit of the horse in a way that’s unlike anyone else, with skill developed through years of studying art, enhanced by her personal experience with horses and the equestrian world. She spent her formative years riding horses, painting and drawing them in her free time, and continued to focus on her equine subject after receiving her Masters of Fine Arts from The University of Kentucky. Each equine artwork begins with the foundation of her understanding of equine conformation and movement and enhances that with the intangible quality of the horse’s character, capturing the essence of each equine subject.

“As a born horse lover, the Kentucky Derby has always been a time of great anticipation and excitement for me, and a great source of pride in my home state,” Corum said. “I am honored to help celebrate the 148th running of the Derby with this new artwork for Woodford Reserve.

“For me, Dreams in Bloom symbolizes that greatest moment on the First Saturday in May when the horses are in the final stretch of the race. A trio of front-runners have separated from the field, and from these three, one winner will emerge. They strive with every sinew in their being for the lead, giving their all. In this moment, time stands still, colors heighten, the roar of the crowd disappears until, in a flash, the new champion crosses the wire in front. For that fortunate one, the dream of winning the Kentucky Derby comes true.”