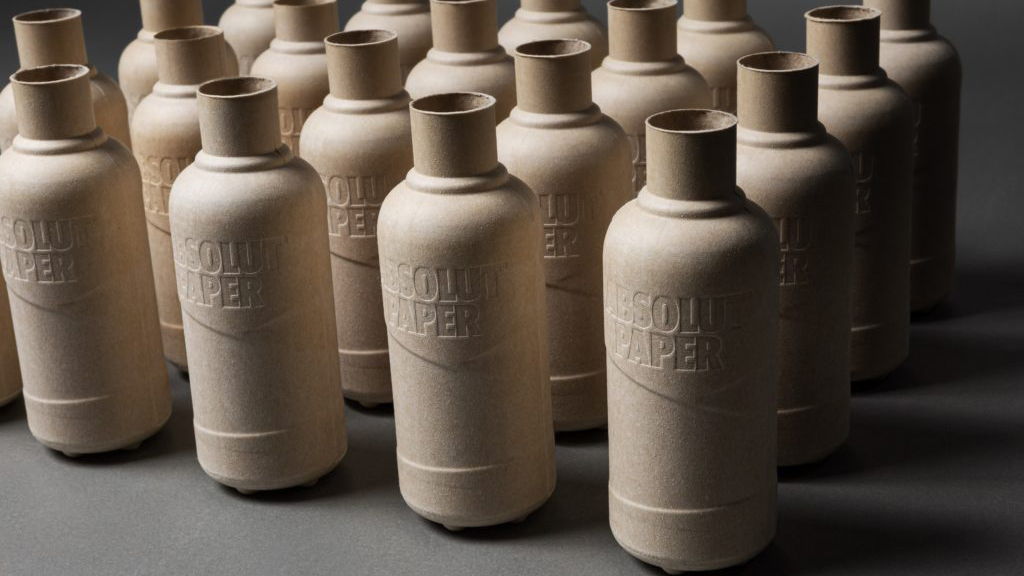 The Absolut Company is testing recyclable paper bottles in an effort to make its packaging methods more sustainable. The Pernod Ricard spirit brand company behind Absolut Vodka, Malibu, and Kahlúa is rolling out 2,000 paper bottle prototypes as part of the Paper Bottle Company initiative. The first production run goes into controlled testing this November.

The paper bottle prototypes will be tested with two products, Absolut Vodka (40% ABV) and Absolut Mixt (4% ABV) and are made with 57 percent paper and 43 percent recycled plastic. The bottles are 100 percent recyclable and will initially be launched in the United Kingdom and Sweden.

“The recycled plastic makes up the single barrier layer for the bottle, which can successfully be recycled as systems for processing this material are already in place,” the company explained. “Once the prototype has been successfully tested, TAC will move to the next stage of development, working towards the ultimate goal of a fully bio-based bottle.”

The project is part of a larger initiative with The Paper Bottle Company (Paboco) and its founding community, which involves global brands such as Coca-Cola, Carlsberg, and L’Oréal. It aims to encourage the use of more sustainable packaging methods and challenge the mindsets of both producers and consumers.

Of the paper bottles trial, The Absolut Company said: “TAC recognises the impact the paper bottle will have in the global shift towards sustainability. By focusing on innovation, mindset and collaboration, TAC’s goal of creating packaging with purpose is encouraged by the belief that conscious consumers will continue to drive the demand for environmentally clean products.”

Niclas Appelquist, innovation director of future packaging at the Absolut Company, told Environment + Energy Leader that the rollout represents a major milestone for their packaging program. “We’ve taken a concept and created a real-world prototype that is planned to be in controlled consumer testing in a matter of months,” he said. “Our sustainability strategy is making a commitment to a fully circular process, and the rollout of our prototype is a step in the right direction toward that goal.”