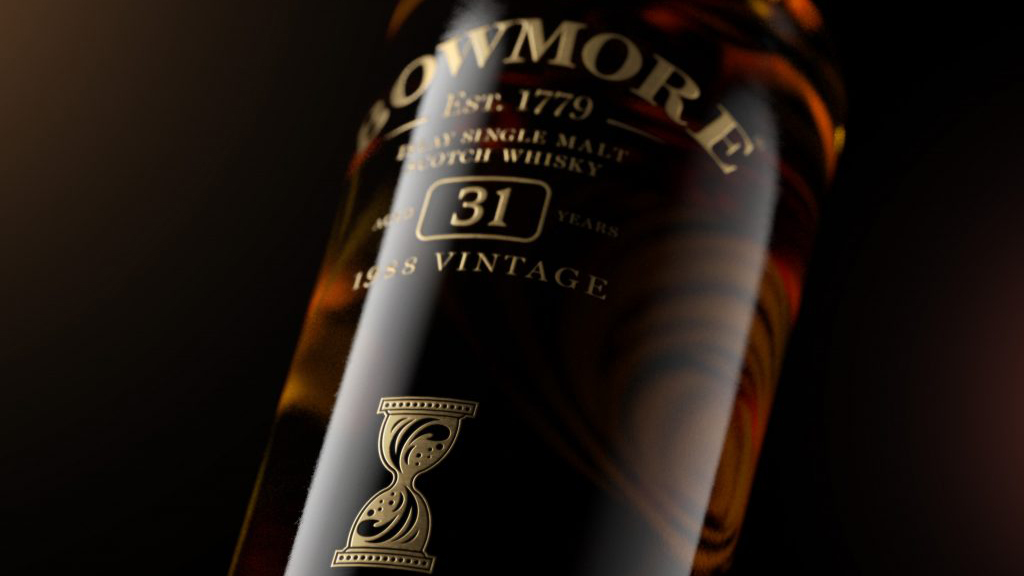 Bowmore has added 31 Year Old and 27 Year Old Whiskies to its Bowmore Timeless Series. The new offering from the Islay distillery will be a Global Travel Retail exclusive.

The Bowmore Timeless 31 Year Old and 27 Year Old join an older age range of Whiskies in the series which celebrates the legacy of Bowmore.

“For over 240 years, Bowmore has captured the essence of Islay from the shores of its remote island home – harnessing the power of centuries of skill and tradition in every single drop. Combining patience and dedication with an unwavering attention to detail, the Bowmore Timeless series is a celebration of this legacy – embodying the sophisticated balance of smoke, exotic fruit and sea salt for which Bowmore Islay single  malt scotch whisky is celebrated,” said the distillery.

Bowmore Timeless 31 Year Old matured in ex-Bourbon casks for 29 years in order to allow the single malt to reach the peak of its maturation. It is then transferred to Spanish Oak Matusalem Sherry seasoned butts for two years to finish and enhance the flavors; defined by floral notes, with honey and vanilla sweetness and a touch of peppermint. Just 3,000 bottles will be made available.

The expression is housed in a black box alongside an hourglass which when turned helps drinkers take three minutes to enjoy the nose of the single malt. Only after this time has passed, should drinkers take their first sip.

“We are honoured to launch Bowmore Timeless 31-year-old exclusively in Global Travel Retail,” said Manuel Gonzalez, Head of Brand Marketing at Beam-Suntory Global Travel Retail. “The single malt whisky encapsulates the spirit of Bowmore, bringing together years of hard work that have led to the creation of one of the most celebrated whiskies in the world. Bowmore Timeless 31-year-old is a unique and premium quality blend and is sure to transport drinkers to the shores of Islay wherever they are in the world.”

Bowmore Timeless 27-year-old is also being introduced to the Bowmore Timeless Series, having been matured in Sherry and ex-Bourbon casks for 15 years before being carefully moved into first-fill Oloroso butts for a further 12-years. After which time the single malt is carefully bottled at cask strength and individually numbered. With the distinctive Bowmore character, this single malt offers up fruity flavor, combined with rich Sherry and a nod to fresh leather, tobacco and beeswax.

“With Bowmore Timeless Series, the key is the careful selection of the right casks at the right time,” said Ron Welsh, Bowmore Master Blender. “This enables us to determine when the spirit has reached its peak, or if it should be left longer to develop its character further. This careful balance is vital to ensuring we allow the character of our whiskies to be optimised and can therefore, promise exceptional flavour.”

To celebrate the launch of Bowmore Timeless Series, Bowmore has collaborated with independent French film director and artist, Thomas Vanz, to pay homage to the craft of creating Bowmore’s whiskies. In the film, Vanz has illustrated the power of time as expressed in the evolution of Whisky.

Commenting on the collaboration, Vanz said: “The artistry involved in the whisky-making process is fascinating and provided me with rich and vivid inspiration to create my own unique interpretation.  Through my work, I focused on capturing a galaxy of beautiful chemical reactions to represent the whisky-making process, which is made up of complex movement and colours. This is my interpretation of the Bowmore® universe, from where it begins to the final character.  To collaborate with a single malt with such a remarkable legacy and from an awe-inspiring place is a first for me and I relished the opportunity to explore Bowmore in my own way.”