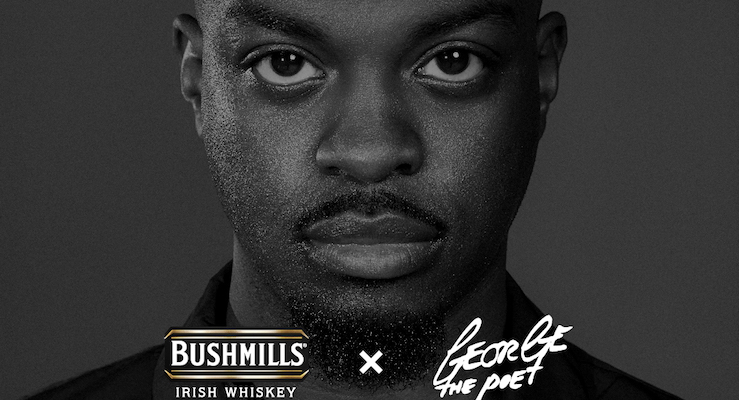 Bushmills has teamed up with Netflix and the London Evening Standard to support the new Stories Festivals. The three-day event will take place from September 24 through 26.

The Stories Festival will see established narrators and fresh voices tell compelling stories across the written word, audio and screen at London’s Picturehouse.

As part of its support for the event, Bushmills has launched the Singular Tales campaign in partnership with George the Poet, which encourages people to reconnect over storytelling – and a glass of whiskey.

“Storytelling and craft lie at the heart of Bushmills Irish Whiskey,” says the brand. “For over 400 years the art of creating Single Malts has been passed down through generations. To celebrate Bushmills is partnering with poet and performer, George the Poet to share Singular Tales and encourage us to create our own over a dram.”

In addition, Bushmills will serve bespoke cocktails for celebrities, participants, and special guests at the Stories Festival launch party on September 23, and will act as the sole spirits sponsor for the poetry section on September 26. It will also host a single malt tasting.

Throughout the Stories Festival, a variety of characters will share tales, including Will Young on his memoir How to be a Gay Man and Line of Duty Writer Jed Mercurio on his latest graphic novel Sleeper, as well as sessions with former Labour Party politician Ed Balls and author Daisy Buchanan.

Tickets are currently on sale and can be purchased for individual events through the festival website.

In April, the Irish whiskey brand announced the release of the Bushmills Original Cask Finish range. The first two offerings from the series, the Caribbean Rum Cask Finish and the American Oak Cask Finish, are the latest additions to the Bushmills family and the latest creations from Bushmills Master Blender, Helen Mulholland.