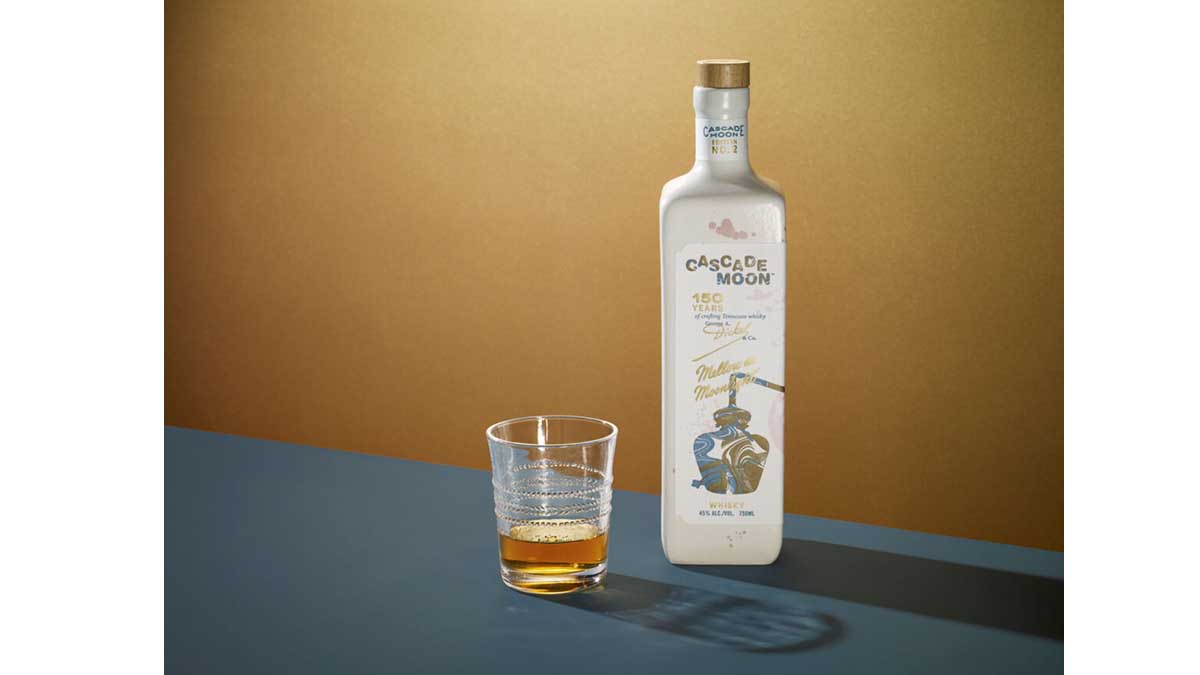 George Dickel has launched a new addition to its Cascade Moon Whisky series, Cascade Moon Edition No 2. The line of Whiskies pay homage to the iconic Tennessee distillery’s 150 years of history, while also pointing towards a bright new future.

Cascade Moon Edition No 2 was taken from a small batch blend curated around the first barrel of Tennessee whiskey filled after the distillery returned from shutdown in 2003. In total, it used less than 20 barrels, holding some Whiskeys aged at least 17 years. Purchasers should expect notes of vanilla, oak, leather and oil.

The Whisky’s packaging, meanwhile, “pays homage to whisky making over the last 150 years. This unique sandblasted ceramic bottle is sourced from one of limited producers in the world. The labels are hand printed using a 130 year-old press, to create a stunning look and feel.”

Bottled at 45% ABV, Cascade Moon Edition No 2 will be regionally released in Tennessee, California and Texas for a limited time, and will priced at $250 per 750 ml bottle.

Back in October, George Dickel launched the Cascade Moon Whisky series. Inspired by Cascade Hollow’s original Cascade Pure Whisky that used the tagline “mellow as moonlight,” the line strikes a balance between the traditional and contemporary. The first release from the lineup, Cascade Moon Edition No. 1, brings the best of Cascade Hollow to market, with General Manager and Distiller Nicole Austin creating a specialized Whisky that is inspired by, and features, similar tasting notes to those found in a gose-style beer.

In November, George Dickel debuted a Single Barrel Whiskey, aged at least 15 years. The new offering from the Tennessee brand is available for purchase by the barrel and by the bottle. Those who order an entire barrel of the new George Dickel Single Barrel are able to add custom branding and messaging to their bottles.