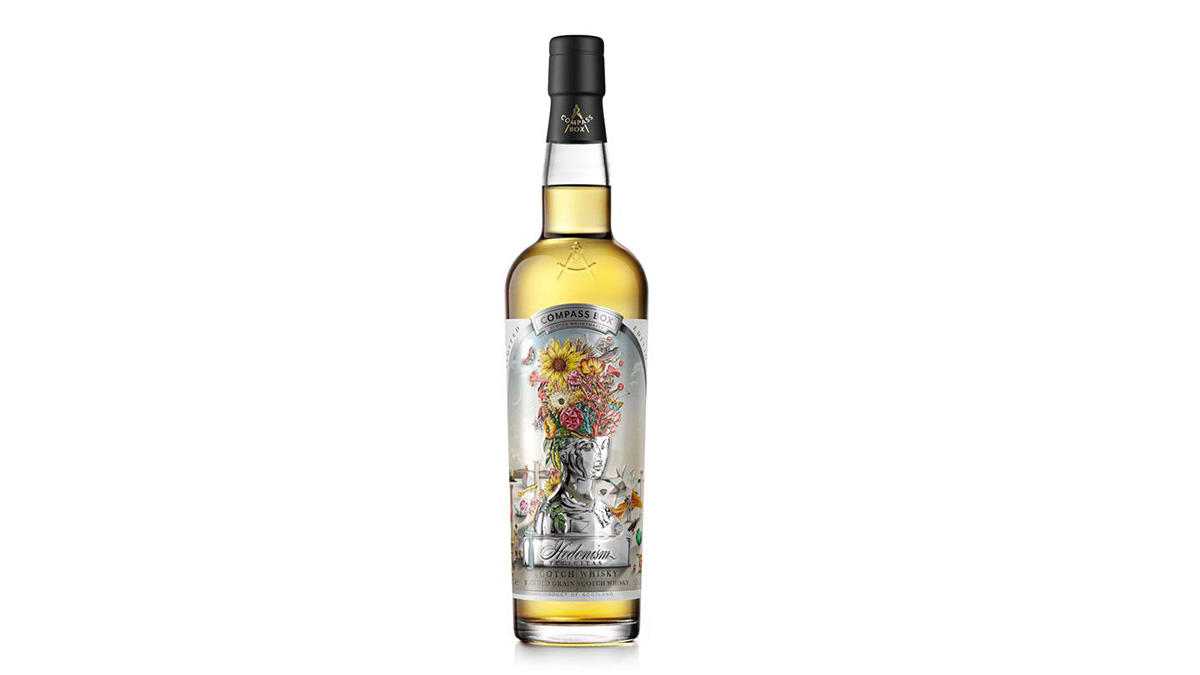 Compass Box is celebrating its 20th anniversary with the release of Hedonism Felicitas Whisky. The limited edition Scotch blends together three grain whiskies, each distilled in a different decade.

Inside the Compass Box Hedonism Felicitas, the largest single component was distilled in 2001 at the Port Dundas Distillery and is full of wood spice, toffee and honey. A third of the recipe was made in the 1980s at the Strathclyde Distillery, providing vanilla cream and orchard fruit notes. Barrels filled with spirit from the North British Distillery in the 1990s complete the recipe and lend passion fruit and cardamom notes.

“Hedonism Felicitas is intended to convey the good fortune, happiness and gratitude we feel having met and worked with so many remarkable people,” said Whisky maker James Saxon.

“Launching our business with Hedonism was widely seen at the time as unusual, because so few Scotch whisky companies bottle 100% grain whiskies,” noted founder and whisky maker John Glaser. “I am hopeful that over the years, we have shown people how delicious good quality Scotch grain whisky can be and as a result, Hedonism has become a signature whisky for us. For these reasons, we love to create special, limited edition Hedonism bottlings to commemorate important milestones and events.”

Since opening its doors on October 23, 2000, the independent bottler has released more than 100 Whiskies. Hedonism, the company’s first expression, was thought to be the world’s first blended grain Scotch whisky. It is a vatting of Scotch grain whiskies from American oak casks.