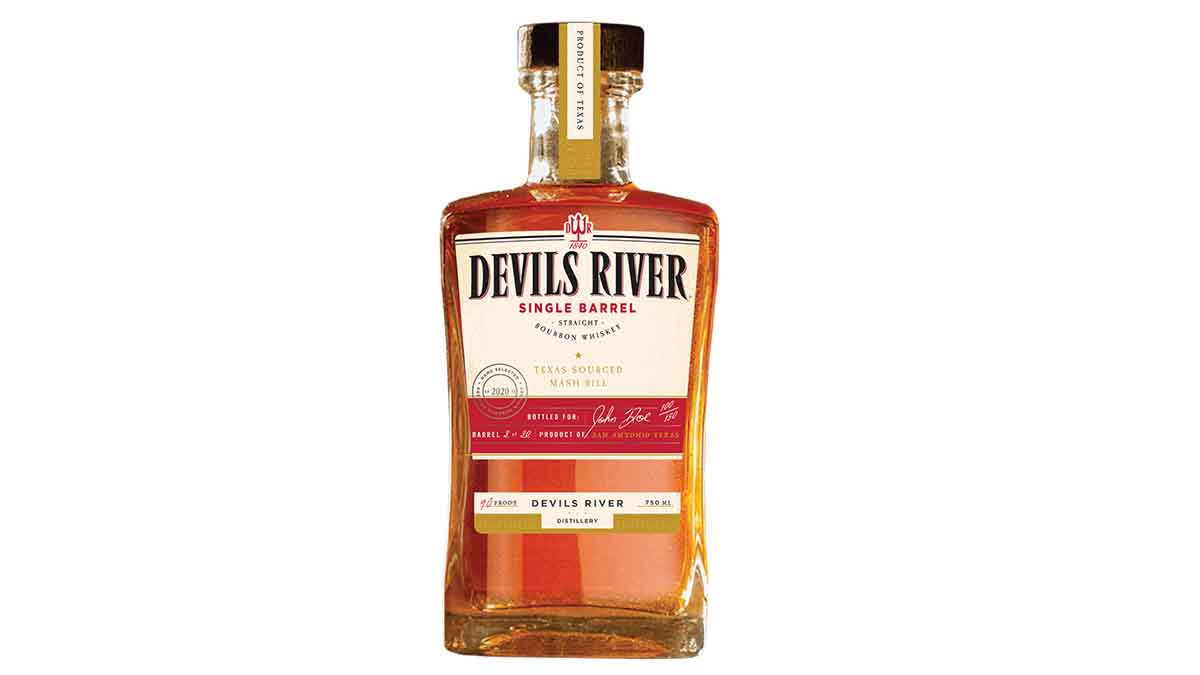 Devils River Single Barrel Straight Bourbon Whiskey is individually bottled at barrel proof from a hand-selected combination of the finest Texas-grown grains. The single barrel approach “bestows each bottle with a distinct flavor and, combined with bottling at barrel proof, delivers flavorful and a unique experience,” according to the brand. The Whiskey has been aged for over two years in the heat of the Lone Star State, and this can ultimately double the aging time of a whiskey in Texas compared to other milder or fluctuating temperature climates. Each barrel is crafted by Devils River Whiskey head distiller Mike Cameron

“Up to 75% of the flavor in whiskey comes from the dark #4 charred oak barrel the whiskey is aged in, this gives Devils River Distillery an advantage to their aging process,” said Cameron. Due to the blazing Texas sun, the whiskey extracts more of the complex flavors from the wood staves of the barrel, allowing its distinctive characteristics to shine through.

“This is an expression we have been working on for many years,” says Cameron, who s also co-founder and president of Devils River Whiskey. “The unique characteristics and complex flavor profile offers a sinfully smooth experience for everyone, from the casual drinker to the bourbon connoisseur.”