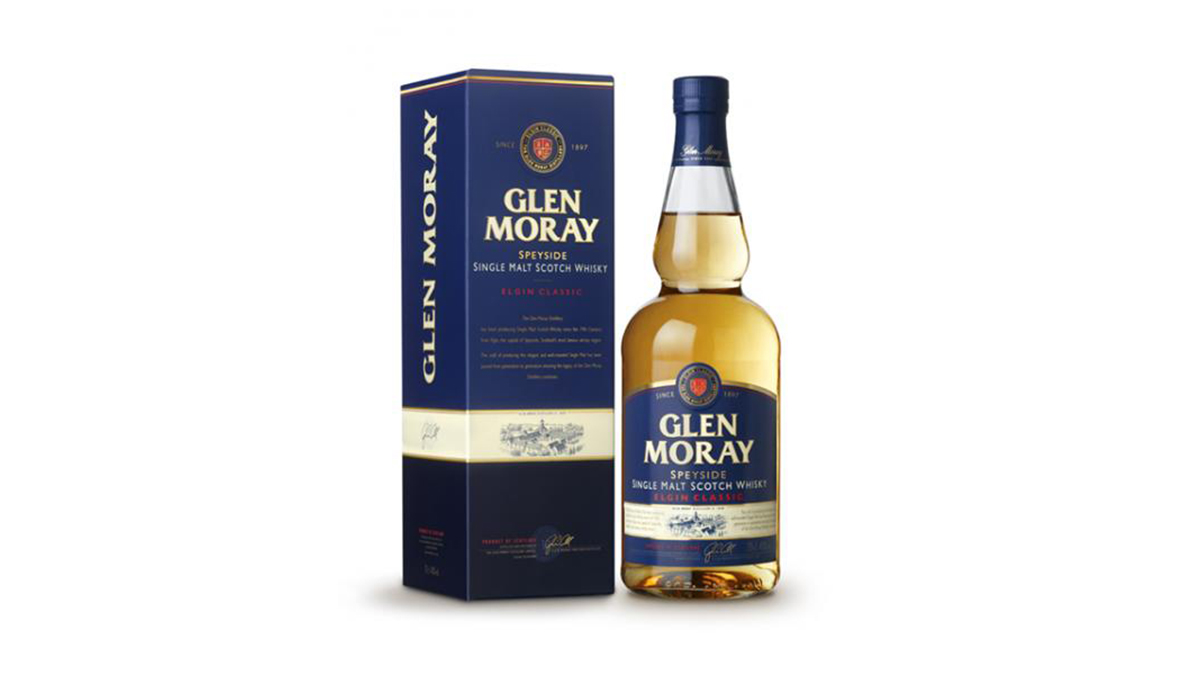 Glen Moray Classic Single Malt is the Speyside distillery’s signature Scotch Whisky. It’s where to start for anyone looking to delve into the brand and it gives insight into the aromas and flavors one should expect from their more advanced offerings. This is classic Speyside stuff that should more than do the trick, when concerned with price.

The Classic Single Malt is aged for an average of seven years in entirely ex-bourbon casks, the majority of which are first-fill. It is distilled in pot stills and made from only water malted barley, carrying on the distillery’s tradition since 1897. It is light and smooth, made for easy drinking, and has a very competitive price coming in at about $28.50 USD.

The nose is fragrant and lightly drying with warming malty aromas, along with notes of butterscotch, shortbread, and grassy herbs. On the palate, imbibers should expect malty toffy sweetness with blackcurrant and a fragrant lemongrass citrus. The finish features shortbread, fresh herbal notes, and ginger marmalade.

Situated on the banks of the River Lossie in Elgin, Moray, Scotland the distillery started Whisky production back in September 1897. However, it initially started as West Brewery run by Robert Thorne & Sons who purchased Aberlour in 1895. After a fire, the company focused their production on Aberlour and Glen Moray was closed in 1910. In the 1920s, the distillery was purchased by the owners of Glenmorangie Distillery, who ran the company until 2008 when they sold it to La Martiniquaise.

Glen Moray has a large selection of Single Malt Scotch Whiskies, including a Heritage Collection, a Reserve, and a Prestige. More recently the brand has been focusing on more exploratory casks, including their Madeira Cask Project.