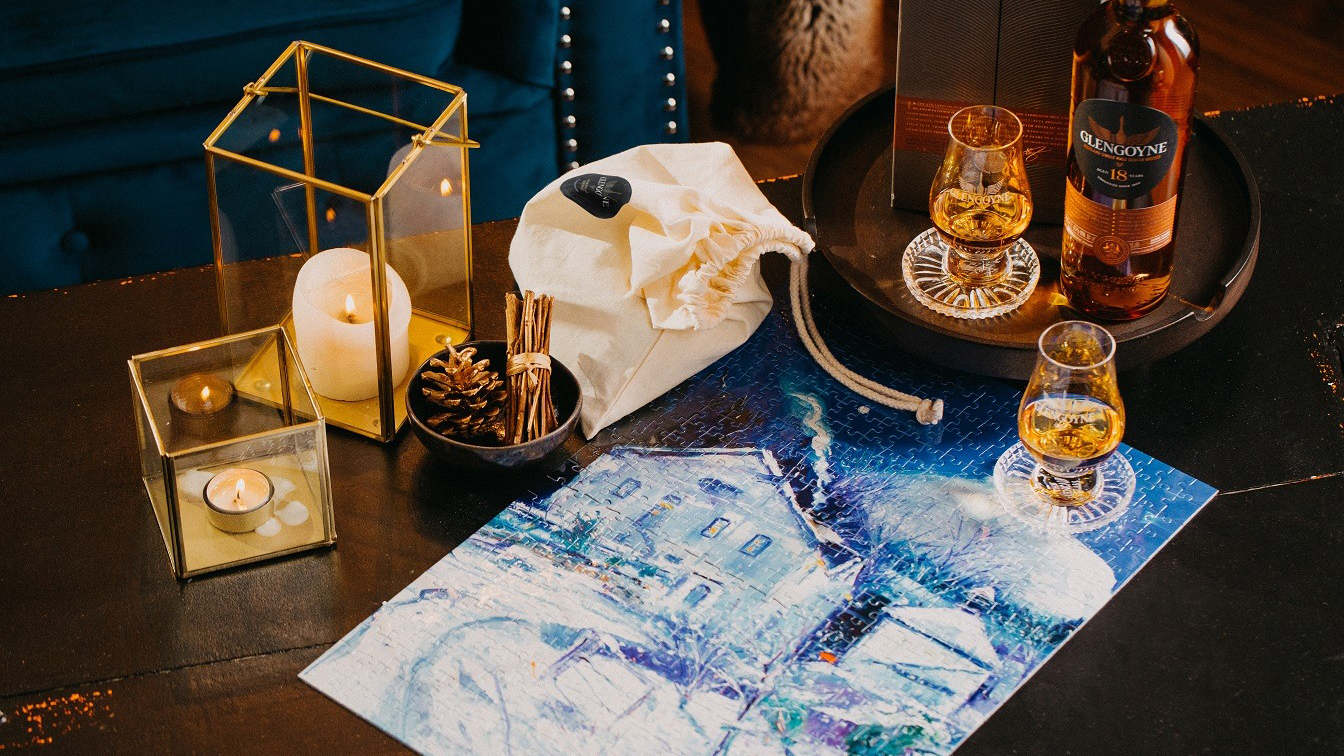 Glengoyne has released a new 500-piece jigsaw puzzle and two time-inspired gifts sets. The new offerings from the Highland-Lowland distillery come just in time for the holiday season and as the UK prepares to go into a second lockdown.

The new Glengoyne puzzle features a painting by Scottish artist John Lowrie Morrison, called “Heavy Snow at Glengoyne Distillery.” The new puzzle follows in the footsteps of the 500-piece jigsaw the distillery released during the first UK lockdown, back in April.

Designed to be the perfect accompaniment to a good dram, the jigsaw comes as a free (via online redemption) with any purchase of Glengoyne 18 Year Old Highland Single Malt (70cl) in the UK through the holiday season. It also comes free with the purchase of any 700ml bottle priced at more than £100 ($131 USD) or as a £10 ($13 USD) add on with any 700ml bottle with a value of less than £100, when purchased directly from Glengoyne online shop.

As an added bonus to the coming festive season, Glengoyne has also released two gift sets to mark the brand’s link to time as Scotland’s “slowest distilled malt”.

“Time plays a pivotal role in our whisky making, so it made sense to develop a festive gifting range that celebrates this connection and helps people enjoy a great dram this Christmas in their own time,” said Katy Muggeridge, senior brand manager for Glengoyne.

Meanwhile, the Time Keeper gift set features a 700ml bottle of Glengoyne 12 Year Old, a tasting booklet and a branded glass. It’s on sale for £50 ($66 USD).

The Glengoyne Time Capsule and Time Keeper sets can be purchased from Glengoyne’s website and various specialty retailers.
In September, Glengoyne teamed up with conceptual artist and experimental philosopher Jonathon Keats as part of its launch of a new look and feel across its Whisky range. Taking inspiration from the distillery’s “unhurried and uncompromising” approach to Whisky-making, the one-of-kind literary art project challenges the way consumers themselves engage with time.