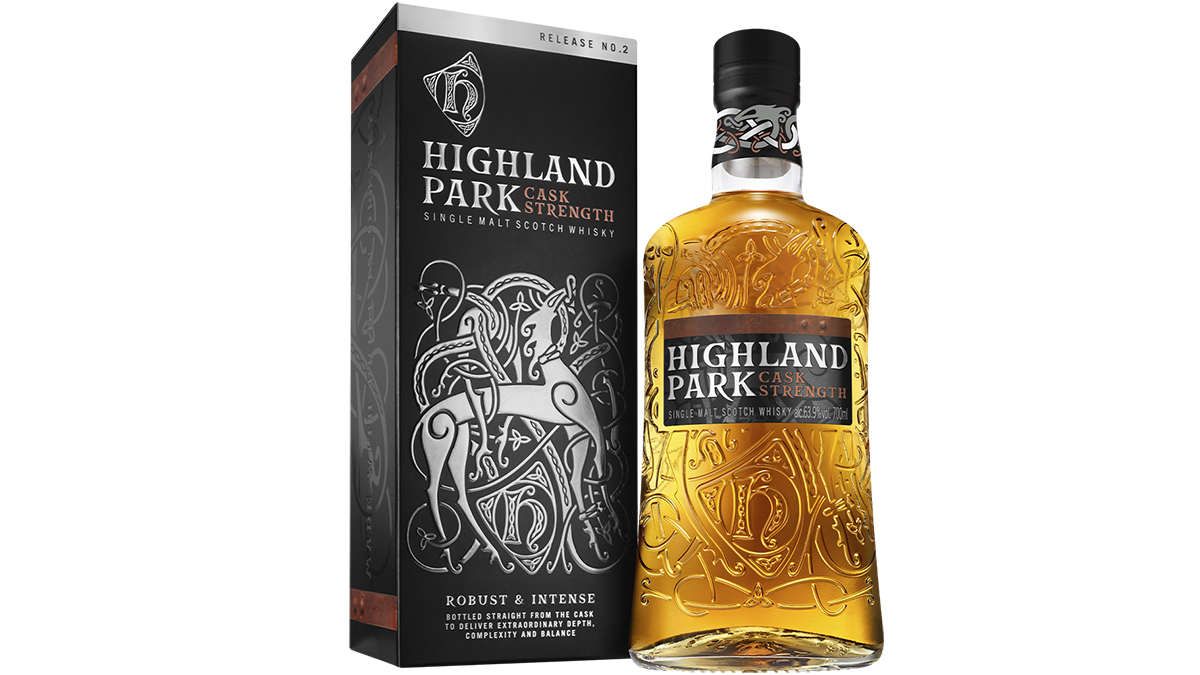 Highland Park has unveiled its Cask Strength Release No. 2. The Orkney-based distillery launched the first whisky in the series last October.

Bottled at a cask strength of 63.9% ABV, Highland Park Cask Strength Release No. 2 was mostly matured in sherry-seasoned European and American oak casks, along with “just a few” ex-Bourbon casks.

On the nose, the Scotch offers aromas of summer rose, ripe pear, and fresh coconut gathering on a wave of peat smoke, followed by a harmony of sweet and spicy flavors – poached pear and rich almond cake, a drizzle of cloudy honey and a twist of salty liquorice. There’s the suggestion of toasted oak and notes of orchard fruits, black pepper and sweet aniseed linger, in a satisfyingly long finish.

“Cask Strength Release No.2 celebrates the harmonious balance of tastes in the classic Highland Park style,” said Gordon Motion, the distillery’s master whisky maker and creator of the latest expression. “I want to give everyone who loves Highland Park the chance to experience our single malt whisky in its purest form, its full flavour allows you to discover the taste and strength that appeals to your palate by adding ice or water according to your preference.”

The whisky is available globally for £60 per bottle, in 700ml and 750ml formats depending on the region.

In April, Highland Park teamed up with Kevin and Nick of the Scotch in the City Instagram account to create a special single cask whisky. Proceeds from the partnership were donated to a COVID-19 emergency response fund that aids children of first responders.