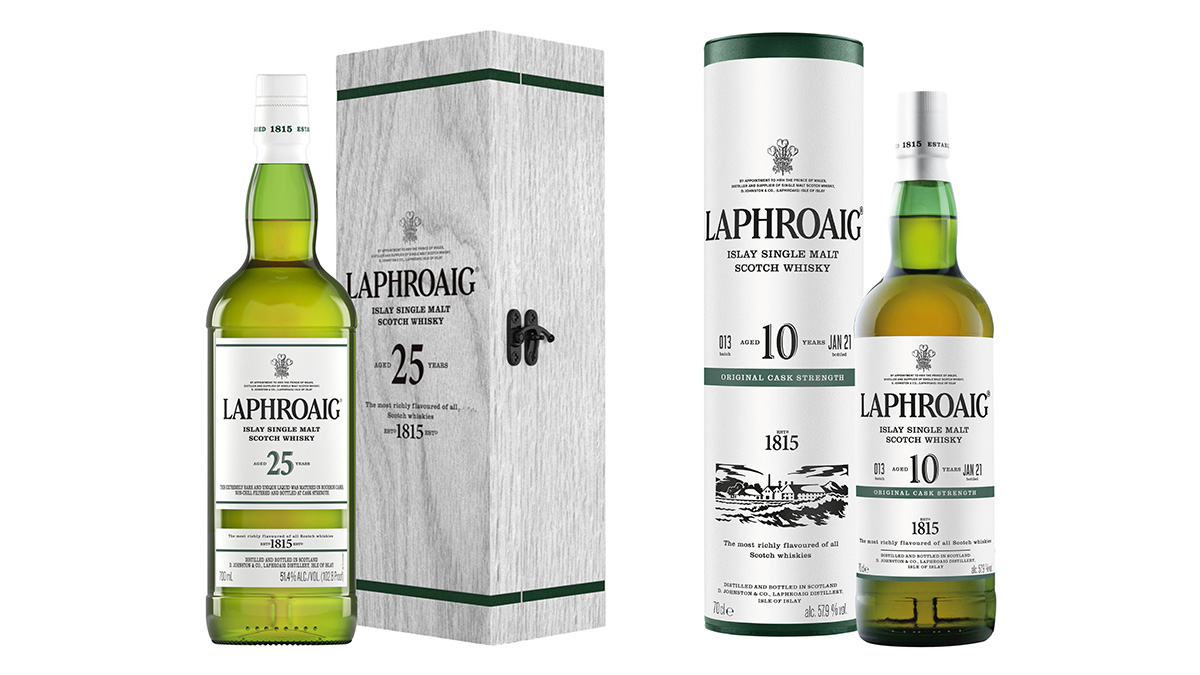 Laphroaig has unveiled the 2021 editions of its 10-year-old and 25-year-old cask strength single malts. Part of batch 13, both whiskies have matured in ex-Bourbon casks.

Laphroaig has unveiled its 2021 Cáirdeas bottling. This year’s edition of the annually released whisky was finished in a Pedro Ximénez cask. It is triple matured in American oak ex-Bourbon barrels, followed by quarter casks and finally in European oak hogsheads containing PX sherry.

In March, Laphroaig added a 10 Years Old Sherry Oak whisky to its core range. It was matured in refill oloroso Sherry and American oak ex-Bourbon casks, before finishing for 12 to 18 months in European oak oloroso Sherry casks. The new offering follows a recent trend from the Islay distillery started by the October launch of the Ian Hunter Story Book Two 30 Year Old Whisky, which has aged for three decades in Spanish Oak Oloroso Sherry casks.