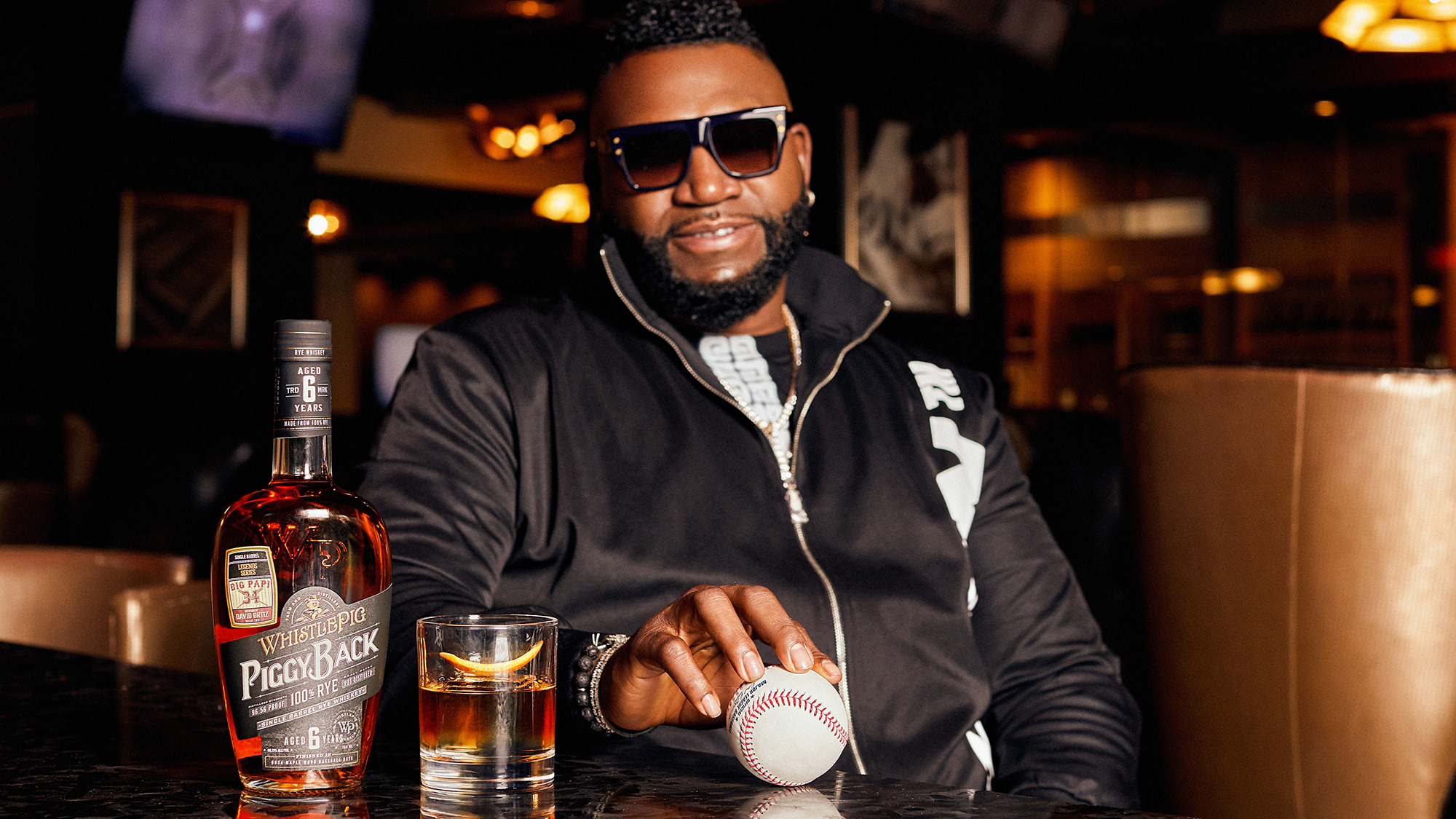 WhistlePig Whiskey and Barstool Sports have teamed up to launch the new single barrel Legends Series. The first of three iterations is created in collaboration with David Ortiz (“Big Papi”) and is the the world’s first toasted baseball bat-finished whiskey.

The WhistlePig PiggyBack Legends Series: Big Papi Barrel, created for and selected by David Ortiz, raises a glass to Ortiz’s induction into the National Baseball Hall of Fame and marks the debut of the limited-edition single barrel series. The 100% rye whiskey is aged six years in American Oak and finished in barrels containing toasted DO34 maple wood bats, Ortiz’s signature. The first-of-its-kind rye is bottled at 96.56 proof, and is recommended to enjoy in an Opening Day Old Fashioned or on the rocks.

“I’m thrilled to go to bat for WhistlePig Whiskey by kicking off the first limited-edition collection in the new Legends Series,” said Ortiz. “This first-of-its-kind whiskey gives fans the opportunity to celebrateAmerica’s pastime over a drink that connects them further to the sport.”

“If you ask anyone at the distillery, they’ll tell you my signature quote is ‘I’ll put anything in a barrel once.’ This experiment was particularly fun in that it brings together two of my favorite things – breaking new ground for Rye Whiskey, and sports,” said Meghan Ireland, WhistlePig Blender. “It was incredible to collaborate with David Ortiz, whose toasted maple bats add layers of spice and caramelized notes to the bold, 100% Rye character of WhistlePig PiggyBack. I think fans of the game – regardless of team – will find a home run in the Big Papi Barrel.”

The WhistlePig PiggyBack Legends Series: Big Papi Barrel is available for $49.99 per 750ml bottle and can be purchase via WhistlePig’s official website for $49.99 per 750ml bottle. A limited quantity of bottles, signed by David Ortiz himself, will be available for purchase for $340 in honor of #34, with proceeds from sales of each bottle benefiting the David Ortiz Boston Heart Classic, raising funds for children in need of heart surgery.